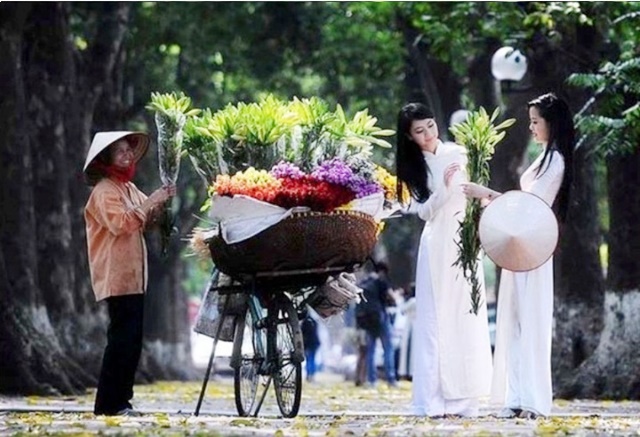 Enjoy Hanoi City Private tour to learn about the history and culture of Hanoi. See the most important attractions with a guide who will take you to the Ho Chi Minh complex, the Temple of Literature, the Museum of Ethnology, and other sites.

Hanoi, the capital of Vietnam, and also its second largest city, is a fascinating blend of East and West, combining traditional Sino-Vietnamese motifs with French flair. It is cosy with tree-lines, boulevards, lakes, parks, French colonial buildings, elegant squares. As the capital of Vietnam for almost a thousand years, Hanoi is considered to be the cultural centre of Vietnam, where every dynasty has left behind their imprint. Even though some relics have not survived through wars and time, the city still has many interesting cultural and historic monuments for visitors and residents alike.

Our guide & driver will pick you up at your hotel around 08h00 for a full day tour of Hanoi.

08h30: Visit the sixth century Tran Quoc Buddhist Pagoda (one of the oldest in Vietnam) located on the picturesque West Lake.
09h00: Continue to visit the One Pillar Pagoda, founded by King Ly Thai To in 1049. This structure is one of Vietnam’s most iconic temples.
Close by is the mausoleum of the historic figure and father of modern Vietnam, Ho Chi Minh Mausoleum (viewed from outside; closed on Monday, Friday and during the months of September and October) and the former presidents house on stilts where he lived from 1958 to 1969, his former home illustrates the modesty of this Vietnamese revolutionary.
10h15: Visit the Literature Temple and Quoc Tu Giam – Vietnam’s first university constructed in 1070, it’s gardens and well-preserved architecture offers a relaxing glimpse into Vietnam’s past.
11h15: Visit the Hoa Lo Prison also known as the Hanoi Hilton. Built by the French colonial government in the late 19th century, Hoa Lo Prison Museum was originally used to harbor Vietnamese revolutionaries and any dissidents of the French rule.

12h15: Lunch will be had in one of the city’s finest restaurants with local Vietnamese traditional cuisines.
14h00: After lunch and break continue the city tour to Museum of Ethnology, a must for museum fans and history lovers. Hanoi's Vietnam Museum of Ethnology houses the extensive national collection and tells the story of Vietnam's diverse cultures in a series of excellently well-curated exhibits. Alternative you can visit the Fine Art Museum or Women’s Museum instead.
15h00: Head to Hoan Kiem Lake (Restored Sword Lake) and visit Ngoc Son Temple or Jade Mountain Temple, one of the most beautiful and religious site in the capital then a walking tour into the hidden alleys of Hanoi Old Quarter.

Optional: If you are not interested in watching Water Puppet Show you can enjoy one hour relaxing Xichlo (rickshaw) trip around Hanoi’s Old Quarter also known as the ’36 streets’. This bustling area of narrow streets and alleys is home to literally thousands of small businesses and shopkeepers. It’s a great place to explore with plenty of photo opportunities all around you.

17h00: Return to your hotel where the full Hanoi day trip ends.

- Prices are in US dollars and per person.
- Lowest prices shown are “from” prices and are based on a group of 16 people travelling together. Prices may vary according to number of guests. Please check the tariff below.


PRICE INCLUDES:
– Transportation by private air-conditioned vehicle as tour program indicated.
– Entrance fees for mentioned visits.
– Local English speaking guide (for other languages and a national guide supplements apply).
– Lunch as mentioned in program.
– Water Puppet tickets.
– One bottle of water on bus.
– The above private escorted tour is customized for you, your family or your friends exclusively. No other travelers will join in your group.

NOTES:
– All tours are based in English Speaking local guides. For other languages, please contact us for new quotations.
– Itinerary Change to the confirmed itinerary may happen because of traffic, weather, or any other conditions not under our control such as war, strike, fire, acts of government, riot, etc. We will do our best to make sure that all the travel will be similar. GO VIET Travel can substitute the itinerary upon your agreement.
– Transportation and Restaurants: The cars, vans or coaches for the land transportation should be in good shape with air conditioner. All restaurants should be tidy and clean.
BookTour